Youĺve probably heard some of those famous recordings of the choirs of Buddhist monks who sing very low pitches that create high overtones and it sounds like they are singing chords (more than one pitch at a time). Itĺs a very ancient method of singing. 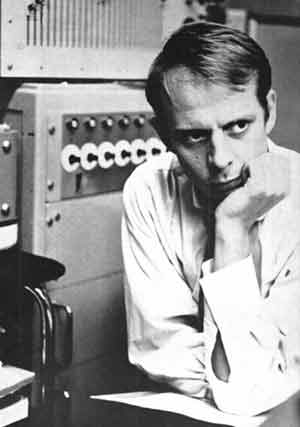 Stockhausen in the old Darmstadt days.

The effect is quite stunning and at the same time, hypnotic. Recordings of this ensemble performing the work are available through Stockhausenĺs website. By the way, he recently died on December 5. 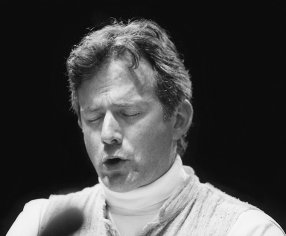 Pretty amazing, isnĺt it? Want to hear some other weird harmonics? Listen to the old Barbra Streisand song People and listen to her voice at the end and listen for the harmonics you can hear when she gets to "are the luckiest people in the world." Listen carefully to the notes for the phrase "in the."

If you need to leave, Go to initial page of site.

If you are interested in advertising a music-related business in the pages of the classroom, please send us an e-mail regarding rates by clicking here.